As humans, it’s common that we all have our share of secrets – secrets which you want to disclose but waiting for the right time, or secrets which you must have shared with your friends but you are afraid to share it with your family, or secrets which you plan to take it to your grave. What ever be the scenario, holding on to secrets has affected our life in one or the other way. There are endless reasons on why people keep secrets, but let’s cut short to just three of them.

Reasons why we keep secrets

1. Fear of being Judged

Humans are social animals, and most of us need a kind of validation from our immediate friends or family just to make sure that we are on the right track, but think about it, we all have our brain to do the math yet we rely on others opinion to validate overselves, well to a certain extent this is fine and there is nothing wrong about it, because that’s the way nature has made us evolve.

But give it a thought, just because so many people are supporting or following a certain thing doesn’t mean it is the right thing. If you feel what you are doing is right, then just do it, don’t count the number of people who are willing to support you, even if you have got none that doesn’t prove you are wrong.

Buddha once said “Believe nothing, no matter where you read it, or who said it, no matter if I have said it, unless it agrees with your own reason and your own common sense.”

So if you feel burdened to keep a secret just because you think that the society will judge you for it, though you know you are not wrong here, then it’s better not keep it as a secret. Because there would be more and more people who must be going through similar phases in their life, some may have the courage to stand for themselves, while others may not, and here is where they may need a support from a person like you.

As an example, let’s talk about the LBGTQ+ community, if not for the rise in social LBGTQ+ movements in the past few years, same sex marriage would not have become legalized in most countries, and falling in love with a person from the same gender as yours would have still remained as a social stigma. So what caused this new reform in the first place? If none of the LBTQ+ supporters would have raised their voice, do you think this would have ever been possible? No never, the only mistake I find here is that these reforms should have taken place long back, did we just wait till the 21st century to get things back on the right track?

There is nothing more poisonous than living in a human society where homosexuality was treated as a mental disorder, you may find it hard to believe that there was a time in Britain where electrical aversion therapy (a kind of shock treatment) was once practiced to change the sexual orientation of gay men, isn’t it just ridiculous? Rather than accepting an individual for the way they are, the society tagged homosexuality as as a mental disorder, there is nothing more barbaric than that. If people would have chosen to keep their sexual orientation as a secret just to please the majority, then the world we live today would not have been so different from what it was two decades before. That’s why we need to speak up for what’s right. Forget the majority, you don’t need to convince them when they can’t even accept the diversity!

Humans make mistakes and it isn’t something uncommon, but what’s uncommon is to be a person who has the courage to acknowledge his or her mistake even if it brings shame. Most of us like to keep our deep secrets just to ourselves, and in course of time, this guilt keeps building up and takes up a lot of our consciousness creating emotional and physical turmoil in our life. Whatever be the reason, never let the heavy burden caused by your guilt to drag you down. You may think that with time you will eventually able to forget about your guilt, but believe me that’s never going to happen. The more you try to run away from it, the more it will haunt you. And it doesn’t stop there, guilt can open the door to many other psychological problems – anxiety, depression, overthinking, to name a few. You may also feel a loss of self esteem. Hence its always recommended to address your guilt, try to share your deep secrets with your loved ones, you may find it hard in the beginning. People or the society will start judging you and you may get treated up badly, but on a long run that’s better than to live a life where you have to deal with the constant fear of being discovered.

Feeling guilty is not something bad always, its an emotion which your mind has triggered after considering your past action as something which is morally wrong and this emotion may actually help you in taking decisions in your life in a better way by making it sure that you won’t end up doing the same mistake again and again, moreover it also motivates to improve your behavior.

Not everyone in this world is blessed with trustworthy friends or family members, thus they end up keeping their secrets to themselves, because they are afraid of opening up to other’s whom they can’t really trust.

If you don’t trust a person, it is better not to share your secrets with them, since in most cases when a person gets to know a secret, they usually feel holding on to it as excruciating. But if you are person who tend to keep ruminating about everything, then it may be really hard for you to keep a secret just to yourselves. So in such scenarios where you want to lift the weight off from your chest, don’t just randomly choose anyone to talk about it. Think about someone who is trustworthy, who won’t spill the beans even if they are held at gunpoint.

When you share your secrets with someone who’s trustworthy, don’t think it as a situation where you are letting your guard down, instead think about the endless possibilities it may open to you – be it having a peace of mind, or be it receiving an emotional support, or be it helping you deal with your anxiety or depression.

So, is it a goodbye to all your secrets?

Everybody dreams of a life where they don’t have to deal with anxiety or depression, they want their life to be as stress-free as possible, but how many of them actually achieve it?

Stop being skeptical about what others or society will think of you, if hiding and keeping up secrets have created turmoil in your life. Then it’s high time now that you start talking about it. You may find it intimidating in the beginning, but believe me you will feel lot more better once you have opened up things which you must have buried up in your heart for a long time. 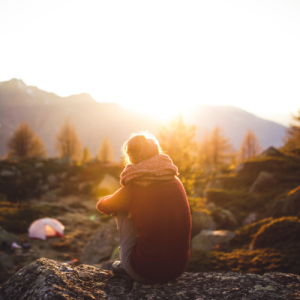 Exceptionally and Irrevocably an Art Lover from time immemorial.

Love being in my own world of Doodles and drawings. I’ve had pencils in my hand from the time I started having baby food. Things never change, though. I’m no longer a baby-food eater.